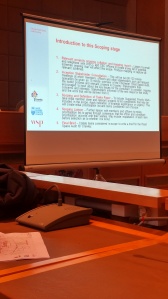 If there’s one issue which comes up on the doorstep wherever I knock doors in Crawley it’s parking. We know it’s a major problem for people, many of the town’s neighbourhoods were designed at a time when car ownership was a rarity and yet, despite the ratio of cars to people having declined in Crawley over the last decade, they are now the dominant means of people getting around.

It’s one thing to identify a problem, it’s quite another to find a suitable solution. West Sussex are the Highways Authority for Crawley and consequently parking falls within their remit. Over the years we’ve seen the growth of Controlled Parking Zones through much of the centre of the town, ensuring that only those with a permit are able to park in a particular zone. However, every time a zone is extended the problem tends moved along to new edge of the zone and ultimately it doesn’t solve the issue of there being more households than there is usable road space…and that’s before you consider the growing issue with people bringing their work vans home.

In terms of creating more space crossovers, enabling people to install their own driveways are a mixed blessing. While they create a bay for that household they do so by removing on-road parking space, which impacts upon neighbouring households, so you ideally need to create more bays in the driveway than you’re losing from the road. The impact of using grasscrete to increase parking through making grass verges park-able without churning them up has had uncertain results, with the gradual death of grass through loss of sunlight and damage caused by tyres leaving the areas looking barren, it also comes at a financial cost to the council both in terms of installation and repairs.

For many years, while Crawley Borough Council was both awash in revenue and had massive capital reserves, the borough council took on West Sussex County Council’s parking responsibilities by undertaking a ‘Residential Environment Improvement Programme’, or in simple language we turned grass verges into parking bays. This idea is regularly raised on the doorstep and why not? After all, with many people already parking on the verges replacing churned up grass verges with a few bays would seem like an easy win. Well, you can raise concerns over loss of water drainage leading to flooding or the psychological benefits of greenery, but really it comes down to one issue: money.

As the council’s income has been cut we’ve invested our capital reserves to produce a new income stream, that’s why we’re one of fewer than a quarter of councils which can still afford to collect the bins on a weekly basis. We simply cannot afford to continue subsidising West Sussex County Council responsibilities in the way we historically have, particularly not when you look at the scale of the challenge. The average cost per bay of each new parking scheme has been £30,000, we’ve completed at most a few dozen schemes and yet the list of areas still needing them (which includes roads which have already had schemes implemented) is in the hundreds. It’s simply not sustainable.

So, what next? Well in the long-run (although, perhaps not as long as people thing), automation is widely predicted to lead to a drop in individual car ownership. Why? Well what’s the point in paying a fortune to buy and maintain something which spends most of its life parked outside your house doing nothing. Instead when you need a car you’ll signal for one, it will turn up a moment later, deliver you to your destination and then go on to the next job. It’s an efficient solution for everyone involved and looking back we’ll probably regret the amount of money which has been spent on parking infrastructure which is no longer widely used.

However, we’re not there yet and in the meantime we need to find a way to help people to get around with the minimum amount of inconvenience and without an unnecessarily negative impact upon the visual amenity of our streets. With that in mind, back when I was on West Sussex County Council I, along with other Labour members, called for a coordinated effort between all the relevant councils and agencies to investigate how we could collectively work to address the parking problems in the town. I believe now, as I did then, that if we work together we can make the money already in the system have a much greater impact than is currently the case. At bare minimum we’ll at least understand the nature of the problem.

I response we were told about ‘Road Space Audits’, which it was claimed would do exactly that. This was several years ago now and in that time the first audit, in Chichester, has been completed. While it remains to be seen if that audit has been a success, today I attended a meeting with the county’s consultants who will be running the audit in Crawley. The project is very early at this stage and the goals of the project remain less clearly defined than Labour’s original proposal, but it has the potential to significantly change the way we approach parking problems in Crawley for the better. We await the results with baited breath.

In the meantime, we’re using money which we are legally required to spend on sustainable transport improvements (and which sat idle for far too many years under the last administration) to increase the provision of bus shelters and digital displays throughout the town, plus putting around £3m into improving the town’s cycling network and we’re looking at options to deliver a car club of electric vehicles across Crawley. Ultimately, both the Road Space Audit and our work on sustainable transport are stop gap measures until the Google Car revolution takes off, but before that happens and while money is tight we’re still leaving no stone unturned in our attempt to creatively help alleviate the pressure on parking space on our streets.