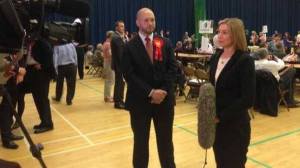 If there’s one principle at the heart of everything I do, it’s that ‘all that is necessary for the triumph of evil is that good men do nothing.’ We’ve seen it play out throughout history, from the rise of Fascism to the death of Kitty Genovese, a 28 year old New Yorker whose murder was overheard by dozens of people, every one of whom assumed someone else would do something.

This goes for organisations too. Crawley Borough Council could simply stick to the formal responsibilities of a district council, but I believe as elected representatives we have a duty to represent our residents on every issue, no matter how big or how small. Since becoming Leader I have written to Government departments on many occasions and on many issues, but always at the forefront of my mind has been the need to speak up for the people of the town and to the principles they supported when they voted for me as a Labour candidate.

The sad reality is it shouldn’t be up to council leaders to call upon national government, it’s the role of a Member of Parliament. The fact I’m so often required to take on the role of speaking up for Crawley on issues from the misery Universal Credit is causing residents and the need for better regulation of Fixed-Odds Betting Terminals to the underfunding of local heath services and the on-going failure of the Southern Railway franchise, is a damning indictment of our representation in Westminster. For things to get better that has to change.

The council will always do its best to deliver for Crawley, but on many issues we need change nationally to succeed. To secure that change we need a voice, a voice which understands the issues facing the town and which will always put the needs of residents first.